Tv Ora Wins The Battle, The Decision Of The SHI Is Canceled, The Complaint For Image Damage Continues

Tirana Health Inspectorate has withdrawn the request to close Ora television. With this revocation, the superior inspectorate is expected to make the same decision. While the television will continue the battle in court as well as the battle to bring the latest news and to be as close as possible to the truth.

For two days in a row, last week the SHI put pressure on TV Ora, concluding with the decision to close the television, arguing that it had allowed the debates in the studio.

Without any field control and with photos taken only through the computer, the SHI concluded that violations were made to the regulation regulation of Covid 19. In fact, the guests in the shows of Artur Zheji, Sonila Meço and Dritan Hilës in all cases have stood over 2.5 m away.

The SHI request brought a strong reaction from journalists inside and outside Albania.

There were many international institutions that expressed solidarity with TV Ora.

After reviewing the documentation, Tv Ora appealed the decision, which has already received the first support from the regional inspectorate.

SHI Tiranë, after reviewing the material, reached a decision on the complete revocation of the measure. The conclusion is already expected from the central health inspectorate as a superior body, which will have to withdraw from the request to close the television.

While TV Ora will continue the legal path in court as in the case of the lawsuit for serious damage to the image but also to give justice to those who violated the law.

And of course we will stay loyal to the viewers to bring the truth as close as possible but also to support democracy. 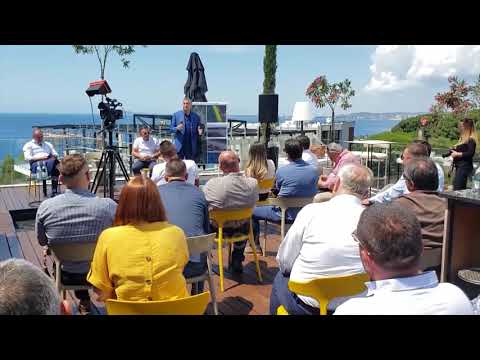